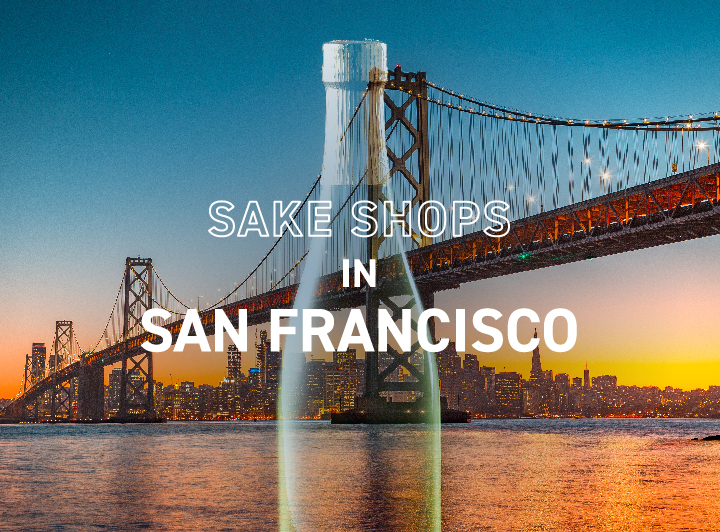 San Francisco has one of the largest Japanese populations in the United States. As a result, the city is one of the best places to experience Japanese cuisine and culture. Those looking to sample sake in the Bay Area have several retail and specialty options to choose from. There are even breweries nearby creating their own sake for any enthusiast to try. When you’re looking to buy sake in San Francisco, you have essentially hit the jackpot.

San Francisco has countless boutique and neighborhood liquor stores to choose from. Luckily, most of those shops stock sake in some form. The following stores have more extensive, unique, or customer-oriented approaches to sake that make them worth visiting. Stores are listed in alphabetical order.

BevMo! is a Bay Area local alcohol wholesale retailer founded in 1994. The company began with one store in Concord, California and opened six more in the San Francisco area within their first year of business. Today, the store has over 140 physical locations serving customers in California, Washington, and Arizona. BevMo! employs their own in-house wine critic to assess their acquisitions and provide detailed analysis for their shoppers.

With over 3,000 wines in stock, BevMo! also offers a modest selection of sake brands. Sake varieties include draft, ginjo, and a few nama options. A description of the flavor profile, region notes, and serving suggestions accompany each sake.

As a wholesaler, BevMo! offers their sake at comparatively bargain prices. Select sake occasionally falls into the sale category during their five-cent wine sale events. Check their website or join their newsletter for up-to-date sale information.

Fig & Thistle Market has a long relationship with the surrounding neighborhood, dating back to the location’s history as a small-time deli. Today, the company operates as a wine bar and market, still maintaining the importance of the neighborhood community. In July 2021, the 14th street Market changed their name to Millay in honor of the poet Edna St. Vincent Millay. Their day-to-day business focuses less on retail sales and more on service and tasting.

Co-owner Angel Davis underwent a 15-month program to license the shop as a registered wine and sake sampling site. Davis is an avid sake drinker and wants to increase the availability of sake around Lower Haight and the Mission District. Fig & Thistle offers a Wine and Sake Club Membership for guided tastings and monthly subscription boxes.

Their sake selection includes unique breweries from both Japan and the US. The store also focuses on introducing shoppers to unique selections of sake.

Opened in 2002, True Sake in San Francisco’s Fillmore District is the largest specialty sake retailer outside of Japan. With over 250 unique sake to choose from, the selection can be overwhelming. Luckily, the staff consists of passionate sake experts ready to share their wisdom and offer recommendations. The shop website has a section dedicated to guiding sake newcomers through basic sake terminology, categories, and tasting tips.

True Sake organizes their sake by category as well as by prefecture. The sake variety includes popular choices, like junmai and daiginjo sake. But, for those looking for something more unique, True Sake has a wide selection of unpasteurized Nama sake, sparkling and aged varieties, and seasonal promotions direct from partner breweries.

For an at-home tasting experience, True Sake offers preselected sake collections with an accompanying tasting guide. These collections include a Sake Starter introductory course and more specific varieties. Two collections correspond to the taste profiles found in red and white wine respectively, guiding wine drinkers into the world of sake. Other options include staff-selected best warming sake and an introduction to nama varieties. Keep an eye out on True Sake events as they offer event discounts such as an annual Sake Day sale.

San Francisco was one of the first areas to implement alcohol delivery services. As a result, many mainstream couriers can bring sake from your favorite store to your door. However, there are also several subscription box services giving members a taste of new wines, and increasingly sake as well. Delivery and subscription services are listed alphabetically.

NapaCabs started their online wine retail service in 2004. While the company headquarters resides in southern California, the namesake and majority of their products come from right outside the Bay Area. However, almost all of their sake comes from breweries in Japan, with a few exceptions.

Their sake selection includes ginjo and junmai sake as well as flavored varieties. Notably, some sake brands have an option to order as a 12 bottle case. Every sake listing features a brief breakdown of the flavor profile and occasional pairing suggestions.

Sake Social is an eCommerce store focused only on selling sake and shochu within the US. The website was launched with the primary goal to educate drinkers outside of Japan about sake and bring the beverage to shoppers directly.

The site features an extensive selection of sake with several classification filters. Shoppers can select from popular bottles, a sweet or dry preference, and by category. The company’s Sake of the Month club provides subscribers with two sake bottles from different breweries each month. Novices or indecisive shoppers can also select from an assortment of pre-selected sake kits. These kits include a beginner’s package, seasonal varieties, and sake selections based on wine preference.

For sake education, the site has both a catalog of informational articles and an ongoing blog. Articles include information about the history of sake, a guide to different varieties, and tips for proper serving and storage. The blog consists of news updates and other topical sake issues, such as the steady rise of female toji.

Given the number of wineries in the region, the Bay Area also boasts independent sake breweries of its own. Visiting these breweries or ordering their sake directly gives sake experts insight into the different techniques of craft sake makers in the US. Breweries are listed in alphabetical order.

Due to the environmental differences between California and Japan, Den Sake had to adjust their sake brewing methods. The local Sacramento Valley rice is drier than most sake rice used in Japan. As a result, the company’s brewing process includes a unique water absorption ratio to compensate. To complement the richer flavors of American food, Den Sake makes sake with sharper acidic notes and a bolder flavor overall.

Den Sake does ship their products within the state of California. Unpasteurized nama sake comes with insulated ice packs and a quick shipping time.

Sequoia Sake is the first artisan sake brewery within the San Francisco city limits. The brewery began operations in 2015 after founders Jake Myrick and Noriko Kamei wished to recreate their favorite sake from Japan in the States. As of 2020, Sequoia began cultivating their own sake rice, modeled after sake rice grown in Japan.

Sequoia sake is available in several retail stores within San Francisco. The brewery also ships sake within California and to Washington, Arizona, and Oregon.

The company offers both virtual and in-person sake tasting sessions. Virtual sessions focus on the Sho Chiku Bai brand, showcasing five different sake. The in-person tastings include a larger variety of sake as part of the company’s extensive sake museum.

Sake in San Francisco combines the elements of traditional Japanese craft and Californian innovation. Novices and seasoned enthusiasts alike can find their perfect sake by exploring new creations or following expert advice. Whether you choose to visit a large, established brewery or an independent shop, you’ll find a passion for sake all over San Francisco.