Sake, made of rice, Japan’s most treasured grain, is more than just a popular drink. It also plays an essential role in many aspects of Japanese tradition and culture.

Japan is an island country stretching over 3000km from north to south, on the eastern edge of Asia. Due to the location and area, Japan enjoys diverse natural resources. The foundation of Japanese culture centers on the respect and worship of nature and ancestors. Japanese people make offerings to gods ruling over nature and ancestral spirits to honor them and ask for prosperity and protection in return.

Rice has been the most valuable grain and a staple for Japanese people for centuries. As a result, sake was one of the finest offerings to the gods along with rice cakes and, of course, rice itself. To this day, sake is an important gift to gods in Japanese tradition. At Shinto shrines, rows of donated sake barrels and bottles sit proudly on display.

Forms of Sake as an Offering

Preparing sake as an offering can take many forms. An offering can take place at an altar inside a home or at a religious ritual. An example of this sake offering ritual is when building a house. Participants summon a local priest for a ritual to "soothe" the god of the land before the construction begins. In this ritual, the priest pours sake onto the ground as an offering. To symbolize the sharing of the drink with gods, sake is always served to the gods first. The participants enjoy sake during the feast that follows the ritual.

Sake brewing has a close relationship with nature and natural processes. As a result, many sake brewers also take part in this spiritual tradition. Most brewers have a small altar inside the brewery. Some brewers also visit their local shrine at the start of a brewing season to ask for a successful season. They visit once again at the end to thank the gods for the good brew. 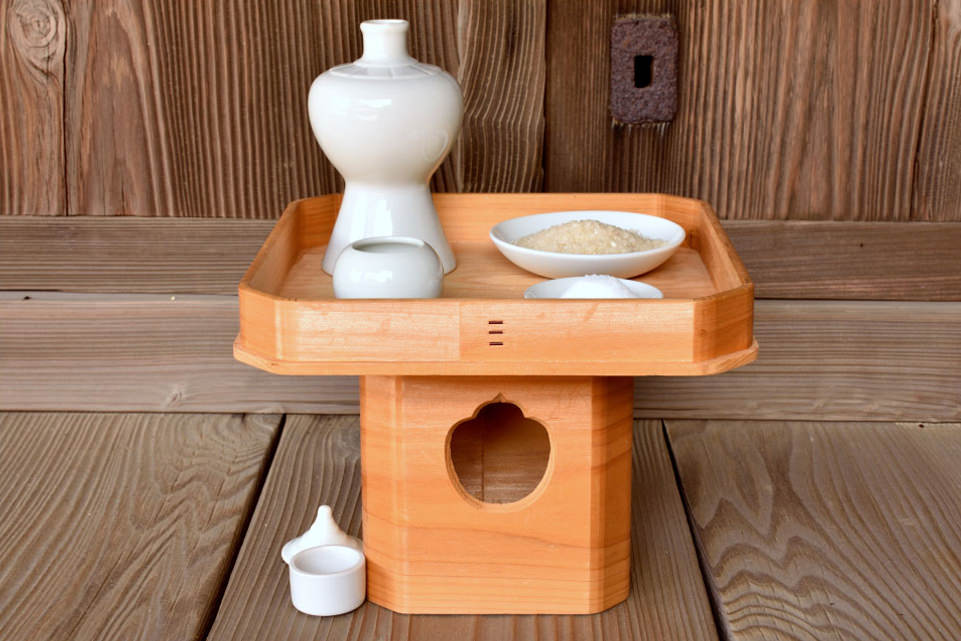 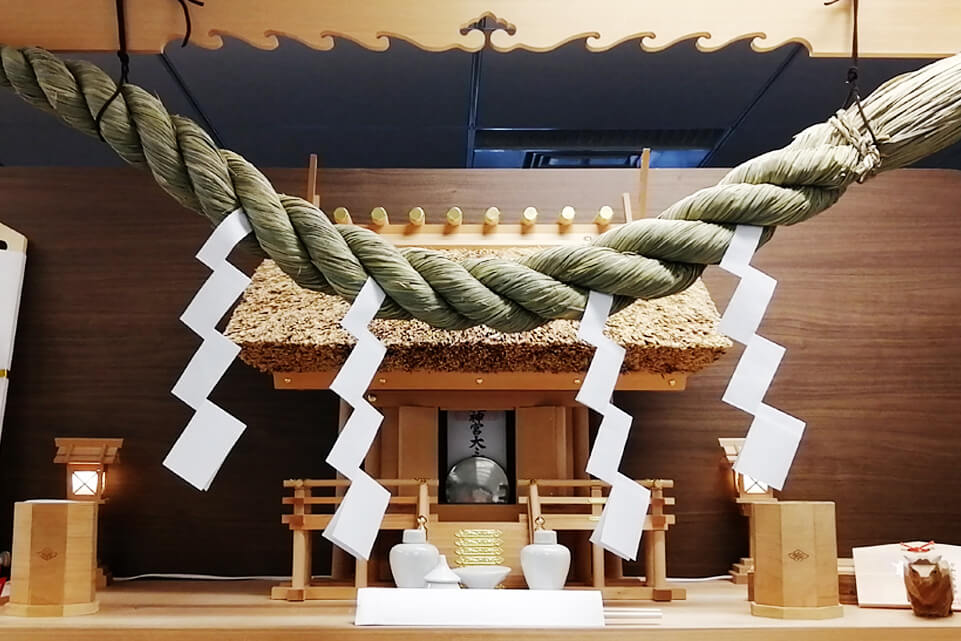 Sake in Japanese Culture:
A Bridge Between People

While sake mediates divine beings and humans, it also acts as an important medium to bring people together, found throughout many scenes in Japanese history and culture.

Sharing sake symbolizes tying together a relationship. At a traditional Japanese wedding, the bride and the groom share three cups of sake. They each take three sips in turn from each cup to seal their bond as a married couple. Similarly, sake is served when establishing the start of a special relationship or a community. To this day, it is common to host a drinking party to welcome new members to a group, at work, and in private social circles alike.

In addition to connecting people, drinking sake acts as a medium that temporarily removes social differences. Japanese society includes different social strata divided up by age and social status. Therefore, casual communication between levels can be challenging. One of the few times the social walls disappear is when sharing sake. As a part of enjoying sake in a group, pouring sake for each other is an action that puts people on the same level regardless of one’s background. The large variety of drinking occasions in Japanese culture and society are a testament to these traditions.

Sake also plays an important role in celebrations. However, this is not just due to its intoxicating and festive nature. Sake is symbolic of the act of cleansing and starting anew.

One example of this is at a New Year’s celebration. Family members may share "o-toso", sake infused with medicinal herbs to ask for health and prosperity in the new year. Another example is Kagami-biraki, a ceremonial opening of a sake cask at events and parties. The round wooden lid of the sake cask resembles a mirror, or "kagami" in Japanese, which symbolizes peace. By hitting open the lid, opening the mirror means spreading good luck. Later, the group shares the sake inside the barrel and wishes each other good health and prosperity. 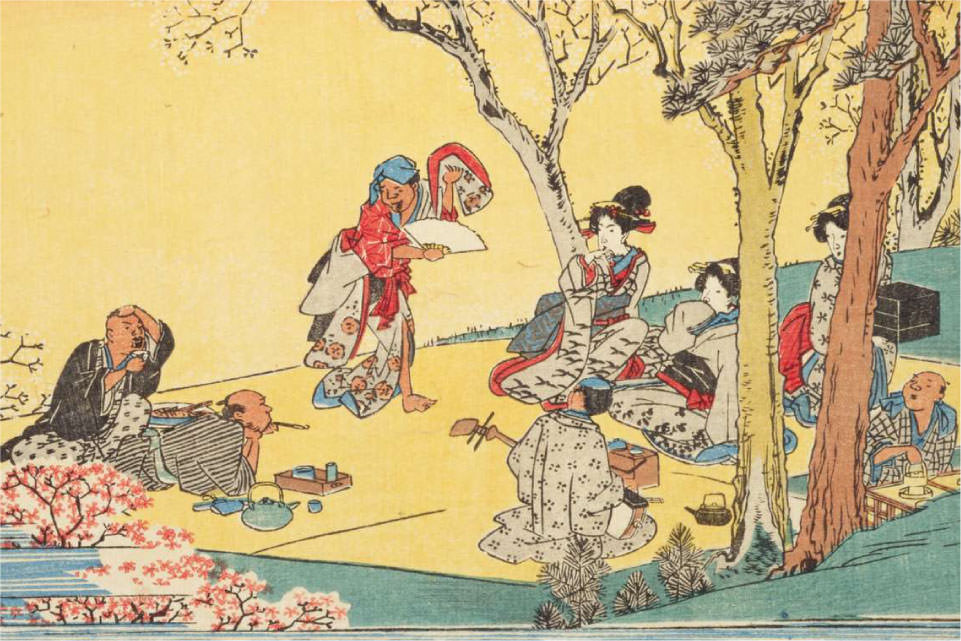 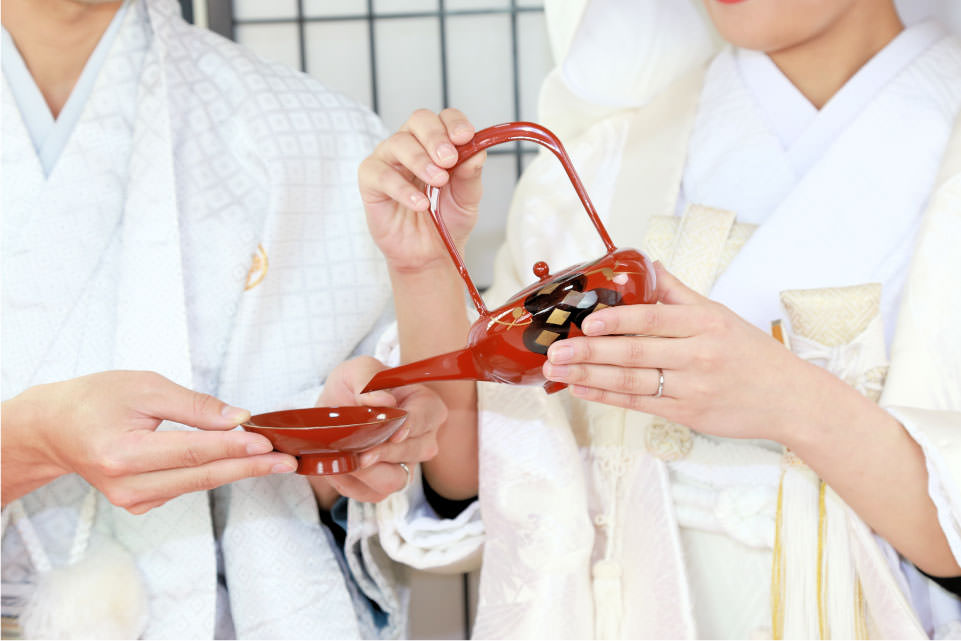 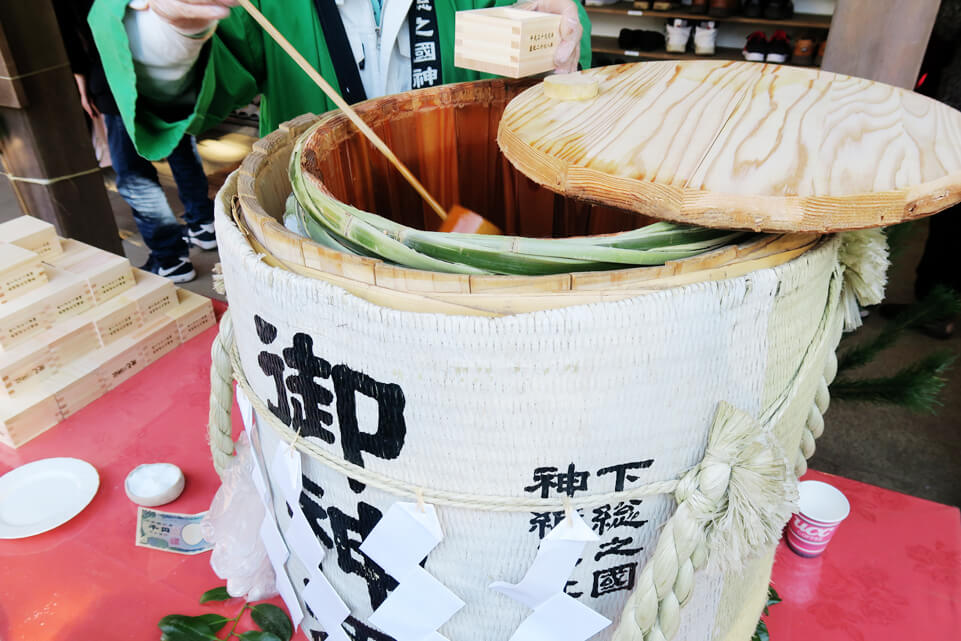 The Art and Etiquette of Sake

Sake historically played a symbolic role in Japanese culture. While often served casually, formal ways of drinking sake evolved into an art form, similar to Japanese tea. By the 18th century, new textbooks described the finer details regarding the manners of drinking sake. This included rules on how to seat guests, which cups to use, how to serve sake, what to serve sake with, and how to drink it. Especially in higher classes, it was important etiquette to know these manners. However, this type of formal drinking is quite rare today.

From ancient times, Japanese people have not only worshipped nature but also celebrated its fleeting beauty. Sake not only accompanies celebratory feasts but also acts as a tool to highlight seasonal beauty. Examples of how sake enhances the seasons include floating petals of seasonal flowers and enjoying the view reflected in the cup. The following are some examples of how sake is appreciated seasonally.

Sake appears on various occasions in Japanese mythology in the "Kojiki" (Records of Ancient Matters - early 8th century). One of the most famous representations is in the story of Yamata-no-Orochi.

Yamata-no-Orochi was a monstrous, eight-headed serpent that visited Izumo, present-day Shimane Prefecture, and devoured a young woman every year. One year, Susa-no-O, a prominent god, came across a family in despair upon his visit to the region. They told the god that over the past seven years, the serpent devoured seven of their eight daughters. Their only remaining daughter, Kushinada-hime, was to be sacrificed that evening. Moved by the family’s plea, Susa-no-O offered to kill the serpent and marry Kushinada-hime in exchange.

As the evening approached, Susa-no-O prepared eight jars full of strong sake and waited. Upon arrival, Yamata-no-Orochi, who loved sake, swiftly stuck its heads into the jars and started drinking. As a result, Yamata-no-Orochi soon fell asleep. Susa-no-O took his chance and slayed the sleeping serpent. The good news quickly reached the family and he married Kushinada-hime soon after.

Sake Day is an annual celebration of sake on October 1. In Japan, the new brewing season begins in October after farmers have harvested their rice crops. Therefore, the first day of October became known as Sake Day in 1978. Nowadays, sake lovers across the country and all around the globe make a toast on this day as a tribute to the sake industry and its producers.