Basic The History of Japanese Sake

The technique to ferment rice into an alcoholic drink was developed in ancient China. It arrived in Japan along with rice cultivation around 2500 years ago. Since then, Japanese people continuously refined production methods to create a truly unique drink called sake. Here is a detailed outline of the history of sake, from the early beginnings to developments in the modern era.

Rice and the brewing technique brought in from China

The first record mentioning the existence of sake in Japan 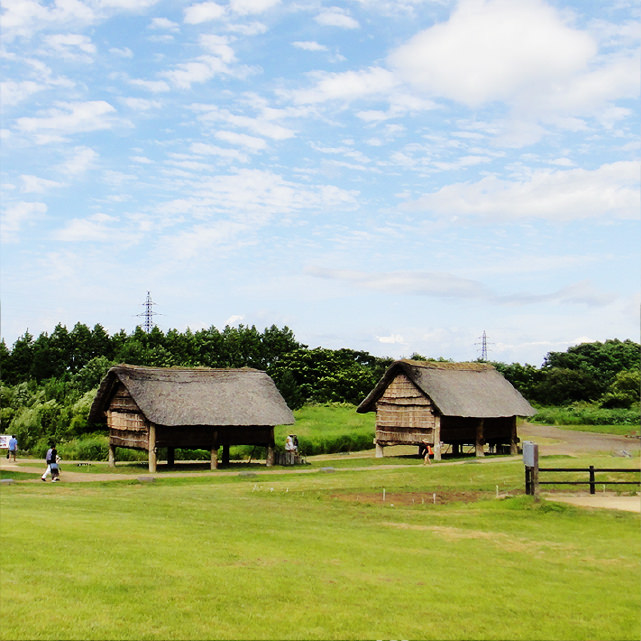 Sake Production by the Imperial Court

Sake brewing method documented in the code of practice 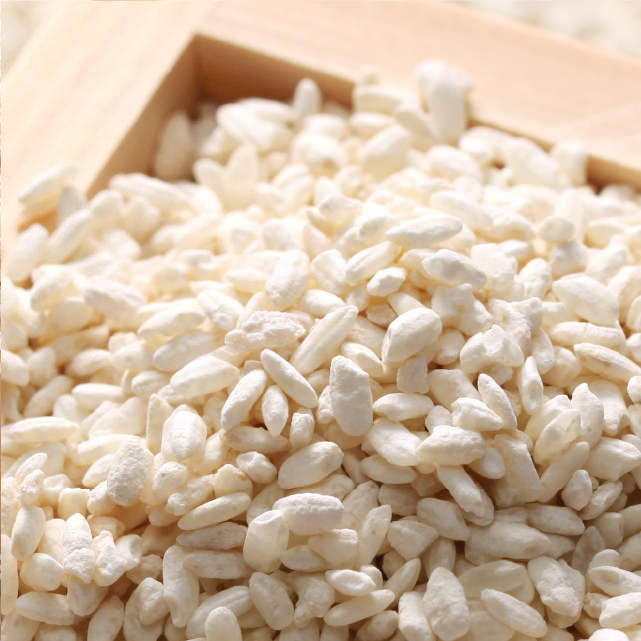 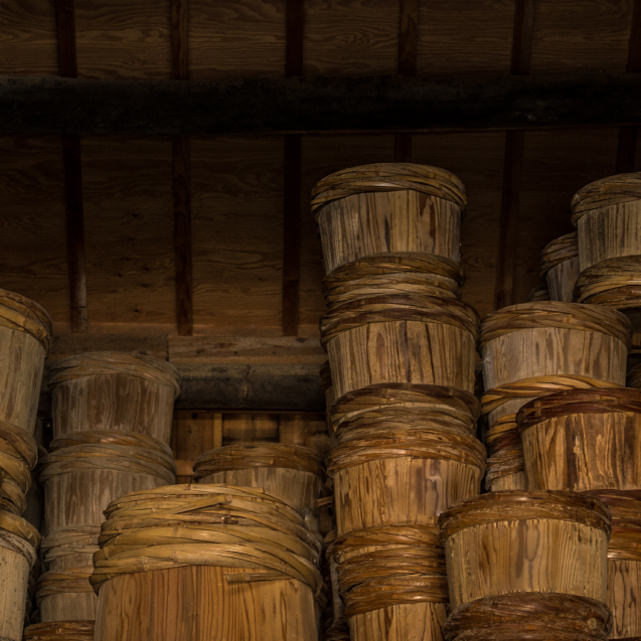 Record of 342 sake-related businesses in Kyoto 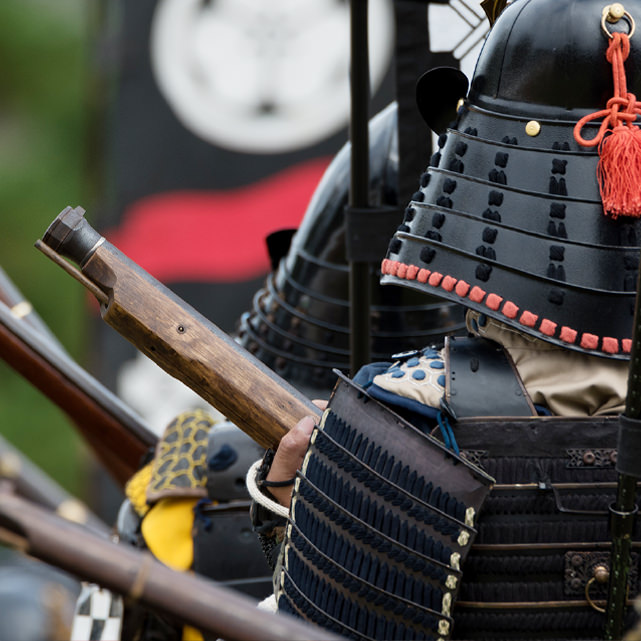 A technical book for sake brewers was written 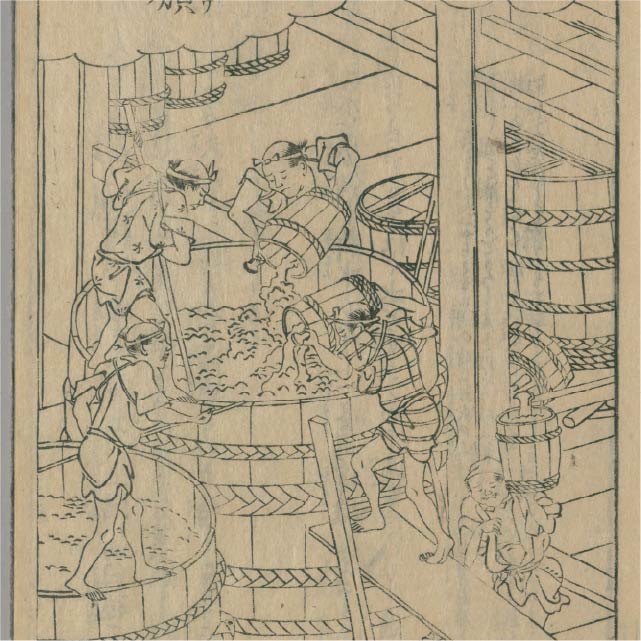 Establishment of the National Research Institute of Brewing (NRIB) 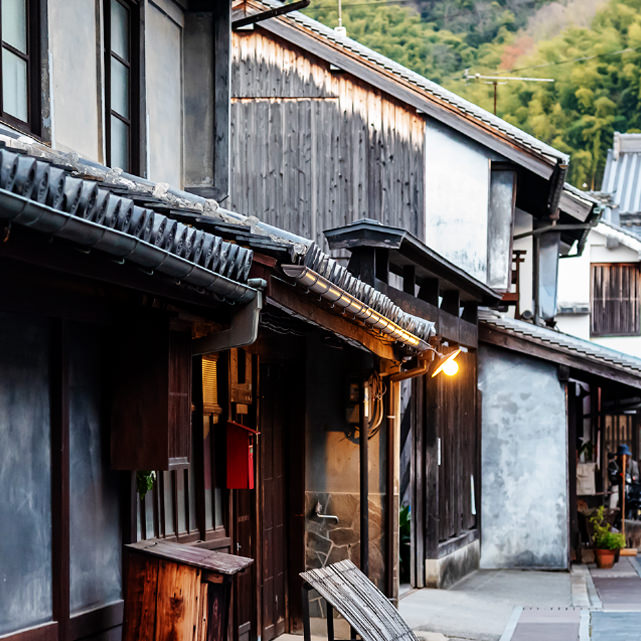 Mid 20th Century to the Present:

Increase in trend of ginjo-shu and unpasteurized sake

The amount of sake production starts to decline

Increase in export and the production of specially designated sake in proportion, and a new take on regionality 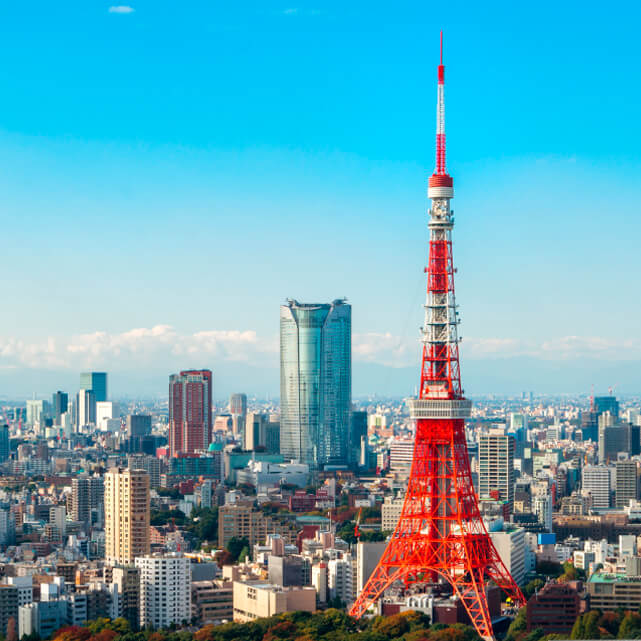 Scholars believe rice-based alcoholic beverages originated in China, where rice cultivation started approximately 7000 years ago. This also includes the development of the unique method using fungi to brew alcohol from this grain. However, drinks resembling sake only exist in Japan today. Alcoholic rice-based drink production in Japan dates as far back as the 5th century BC when rice cultivation arrived from China.

The first written record of the existence of sake in Japan came much later from a foreign source. A 3rd century historical Chinese document stated, "People in Japan drink sake. They drink it in groups when they are mourning". The first domestic record appears in an 8th century history book. 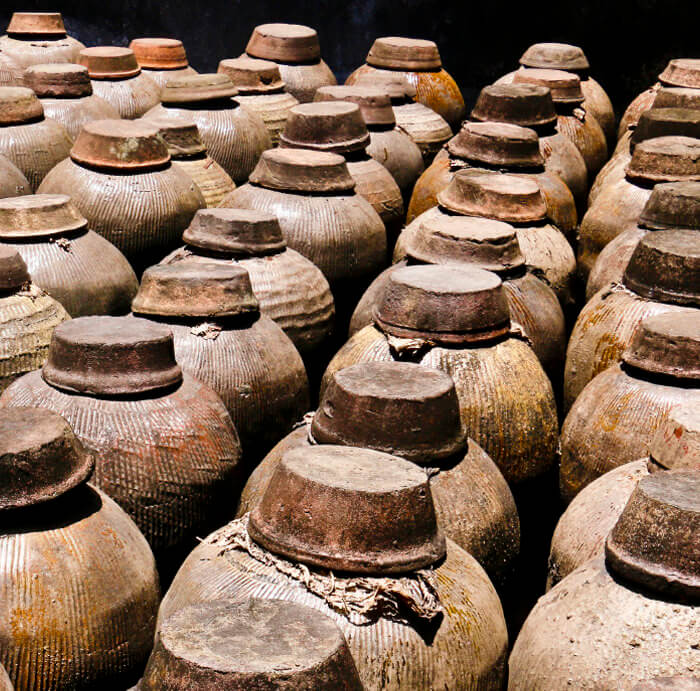 By the 8th century, when Nara housed the ruling imperial court, sake frequently appeared in domestic documents. Notably, one document hinted that brewers used mold to make sake, likely indicating the use of koji. In 689, the imperial court created a special division that governed sake brewing. At the time, only the privileged had access to the drink – most likely restricted to the imperial court officials and religious leaders. Records show that in the summertime, the emperor and aristocrats enjoyed sake chilled with ice cubes.

The 10th century code of practice, "Engishiki", reveals many of the customs and traditions related to sake around this period. It details the processes of sake brewing, which at this point was still governed by the imperial court. The Engishiki also outlines a sake ranking system based on the brewing method. For example, only people in high ranks enjoyed rich-flavored, clear sake. The lower class could only share unrefined, murky sake. Furthermore, this sake was reserved for special occasions, such as New Years’ and festivals, usually after offering the drink to the gods. The sake was occasionally heated in a special pot, and accompanied by dried fish, dried shellfish, salt, and miso on the side. 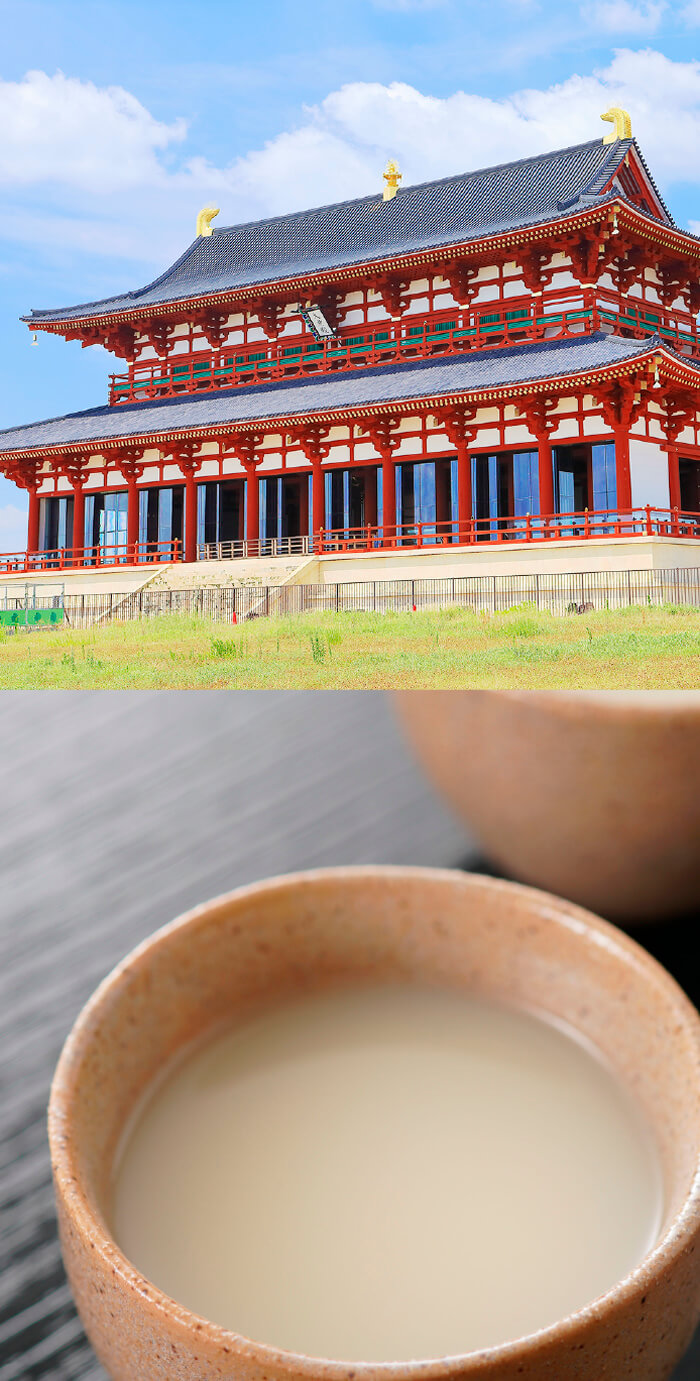 Between the 12th and 14th centuries, as the country’s governing body shifted from the imperial court to the shogunate, sake production began to shift as well. Brewing transferred from the court to shrines and temples, leading to what is called the birth of sake producers. These religious institutions treated sake as a commodity. As a result, their high literacy rate and desire for profit led to a significant refinement in sake brewing methods. In fact, the basic brewing technique developed around this time still resembles the methods used today.

Thanks to increased production, sake became more available to the general public. However, it was still limited to special occasions. Conversely, by this time, the upper classes could enjoy it in smaller groups or alone. The variety of food served with sake also expanded to include grilled fish, poultry, and simmered dishes. 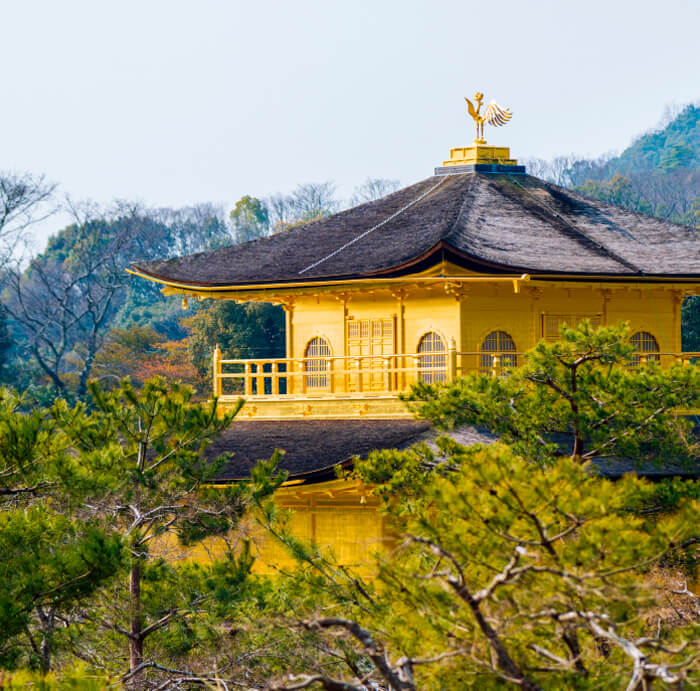 Brewers that specialized in making sake under their own trade names first appeared in the 13th century. Their numbers steadily increased from the 14th to 16th century. As a result, religious institutions were no longer the dominant producers of sake.

Many new developments occurred during this period. Firstly, the evolution in carpentry skills led to the crafting of big wooden pails, enabling brewers to make sake in large quantities. Secondly, brewers in this period used a heat-based disinfection method, first recorded in 1569. Interestingly, this was almost 300 years before the discovery of pasteurization by Professor Louis Pasteur in the 1860s. Finally, the innovation of sake vessels offered a new and easy way to "take away" sake that previously had been either served on the spot or sold by wooden pails. This allowed people to enjoy the drink more casually, with family and work colleagues. Sake in this period was usually served warm during colder months, from September 9th to March 3rd.

After the Tokugawa Shogunate unified Japan in 1603, the country experienced stable governance for the next 265 years. Freed from civil wars, many fields of production and distribution blossomed during this time.

During these years, making sake evolved from a local business to an industry. Osaka and the surrounding regions, especially Itami and later Nada, became its star producers. Brands, trademarks, and rankings of sake quickly followed. Therefore, to manage the increasing production, the government controlled sake brewing and adjusted the supply and pricing of rice.

Technological advancements enabled numerous developments in brewing methods. Firstly, a new rice milling technology facilitated the polishing of rice. This led to the production of "morohaku", or sake made exclusively with polished rice. Secondly, to prevent microbial contamination, brewers in Itami employed a technique called "hashira-shochu". During this process, spirits distilled from sake lees were added to sake before or after pressing. Lastly, brewing using the kimoto-style yeast starter method became more exclusive to colder months, also to prevent contamination by microorganisms. For distribution, the sake was filled into cedar casks, covered with rice straw, and displayed along with a trademark.

The nation’s capital, Edo (now Tokyo), housed over a million residents. This included many single men who came to take day-to-day jobs in the new city. As a result, copious amounts of sake flowed into the capital; around 90% of which came from Itami and Nada. Trade records show the annual sake consumption per capita in Edo was up to 54 liters, 10 times higher than that of today. This was partly because sake was readily available at restaurants and bars across the city. They served the drink with small dishes such as sashimi, fish cakes, tofu, and marinated vegetables at an affordable price. Interestingly, sake was served warm all year-round in the Edo period, and until well into the 20th century.

When the Shogunate government ended in 1868, Japan once again opened up to the world. In an effort to improve and stabilize quality, sake production was analyzed using Western science. The National Research Institute of Brewing was formed in 1904 to improve brewing techniques. In 1911, the first Annual Japan Sake Award was hosted, where the scientific analysis of sake was conducted. Distributing sake in glass bottles started around 1878, replacing the use of cedar casks.

During wartime, rice shortages affected both the general population and sake consumption. To compensate for the lack of stock, the government controlled sake pricing and production. The government also introduced a technique to dilute sake with neutral spirits. This helped to reduce the amount of rice used in sake production. In 1943, the government introduced a grading system for sake taxation for the first time. 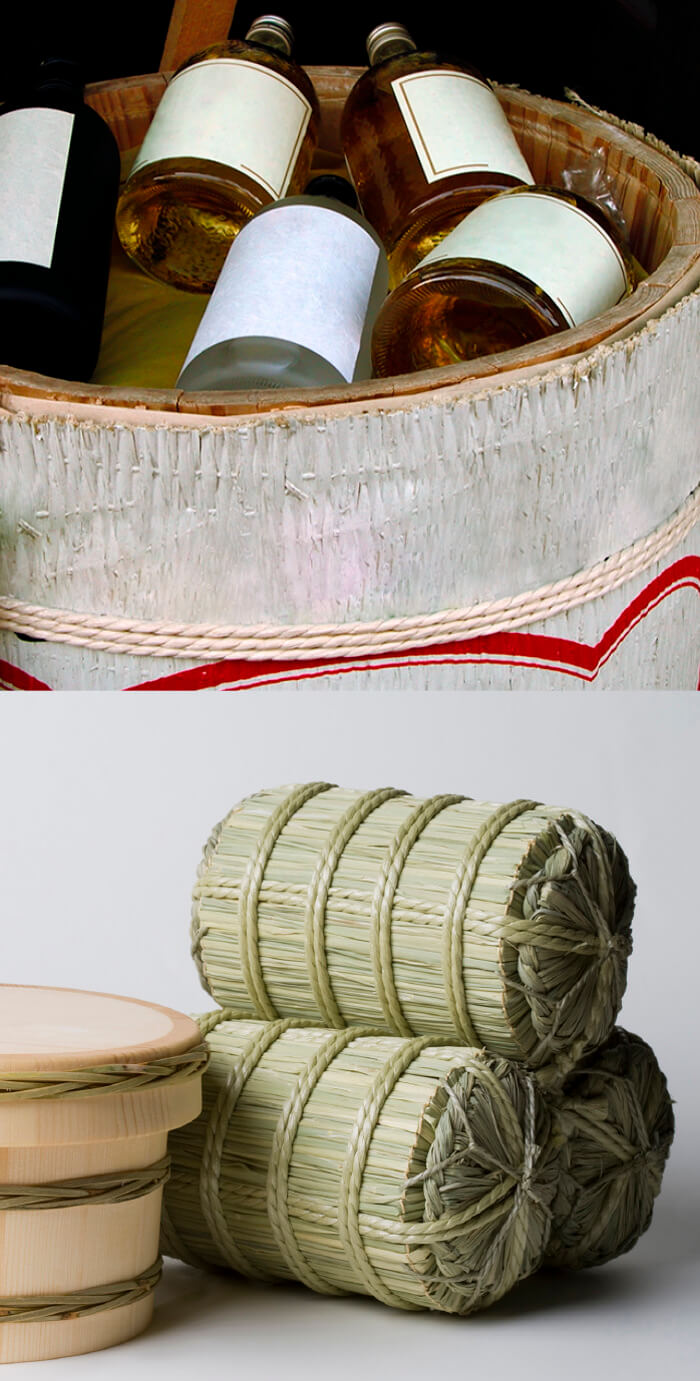 The End of War to Post-war
Economic Growth Period

After the war, sake production and consumption peaked in the 1970s, boosted by post-war economic growth. By this time, the development of necessary infrastructures, such as machines and factories, allowed for mass production over a short period. Furthermore, the bullet train system around the country made travel much easier. As a result, people started to appreciate sake from other regions, focusing on quality over quantity. In the 1980s, companies developed improved brewing techniques with new strains of yeast, which produced a fruity aroma. The resulting fragrant sake, ginjo-shu, enjoyed widespread popularity.

In 1990, the industry adopted a new quality labeling system categorized by production methods. As a result, Tokuteimeisho-shu, or specially designated sake, was born. Subsequently, the grading system for taxation used since 1943 ended in 1992. However, sake production started to decrease by the end of the 1990s. It continued to decrease until it plateaued around 2010. To adjust to the changing social conditions, owners of smaller breweries started to take over in brewing, instead of hiring a master brewer from one of the many guilds. This economized production allowed the owners to design the flavor, leading to the trend of more "crafted" sake. As a result, the proportion of the specially designated sake increased. Thanks to the popularity of Japanese cuisine overseas, sake export began to pick up and continues to increase today.

The development of technology and infrastructure allowed brewers to access markets in big cities from anywhere in the country. However, it can overshadow the value of the unique regional characteristics of the drink. In recent years, influenced by the wine industry and its concept of terroir, the sake industry has started developing its own interpretation of sake regionality. Many prefectures are creating sake rice strains unique to their region. Also, neighboring sake brewers have started collaborating to brew special editions of region-specific sake. Meanwhile, the number of sake breweries outside of Japan continues to steadily increase. Together, the development of regional specialties and international artisans open up a new door to the world of sake, domestically and globally.