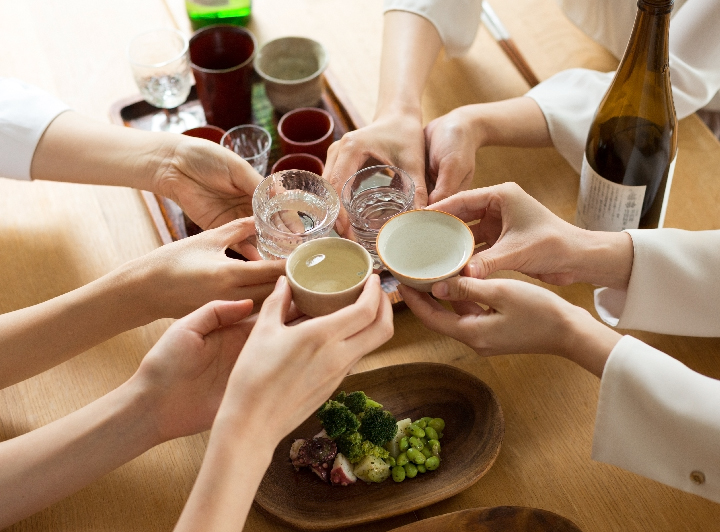 Every year on the 1st of October, Japan and the world come together to cheer, or better to “kampai” in honor of Japanese sake – these days better known as ‘Sake Day’. It is certainly the biggest event in the world of sake, a reason for people to gather, enjoy and appreciate this delicious beverage.

Of course, there are other occasions during the year that are sake-focused. However, it is on Sake Day when sake lovers all around the world unite in raising a glass to this incredible Japanese drink.

So let’s have a look at why sake day is celebrated, how it came into life, and what is happening on the 1st of October.

Why Celebrate a Beverage?

Sake is very much intertwined with Japanese culture and also with its local communities. Historically it played a huge role at ceremonies and events and even today it is still part of celebrations and all kinds of gatherings, from weddings to anniversaries or even getting that new job. But sake is so much more. It is an industry of passionate and extremely dedicated people who work long hours, get up in the middle of the night to check on the koji, with amazing attention to detail to make sure the end product brings joy to the consumer.

There is an old expression in Japan “三方良し” (San Pou Yo shi), a philosophy very close to the sake industry and it means that everyone is doing well, that the producer, the buyer, and society will benefit. It is a wonderful concept and deeply ingrained in Japanese culture and the production of sake.

So one could say that Sake Day is actually not only about the sake itself that is being celebrated, but the people who make it. From the farmers who grow the rice, the kurabito who brew it and their communities, down to everyone who sells, serves and ultimately drinks it.

A Brief History About Sake Day

Sake Day is actually a rather new event. It dates back to 1978 when the Japan Sake and Shochu Makers Association designated the 1st of October as Sake Day. Also sometimes called ‘World Sake Day’ or the Japanese name for it “Nihonshu no Hi” (日本酒の日). Henceforth, ever since sake lovers all around the world are celebrating sake day on the 1st of October.

But why this particular date? Well, there are two stories, the first and more logical one is connected to the brewing year. As with nature’s seasons in agriculture, rice is ready to be harvested in September and that enables breweries to start production by about October. Also, until 1965 (Showa 40) the brewery year was officially determined to begin a new year on October 1st. (The current brewery year starts on July 1st and ends on June 30th).

A Creative Story About Sake Day

However, there is another, more creative story as to why sake day is in October.

The clue is hidden in the kanji, the logographic characters used in Japanese writing. It can be found inside the kanji for sake “酒”, which is a combination of two parts “氵” and “酉”, with each part separately having its own meaning. The three lines or dots to the left indicate water or liquid and the pictograph to the right represents a jar. Together they literally mean liquid in a jar, which has become the symbol for sake or in fact alcohol in general.

However, often kanji and the parts they are made up from have more than one meaning. In the case of sake, the jar by itself also stands for the 10th sign of the Chinese zodiac, the bird or rooster. The Chinese zodiac consists of 12 animal signs. Each symbolizing different traits and representing certain years, hours, and months. Coincidence or not, as it is, the rooster represents the month of 10th and is why it was chosen to host Sake Day.

A bit far-fetched or made to fit? Well, many things in Japanese culture have a variety of layers to them, and meanings and reasons are rarely just one-dimensional. So whatever you consider being more believable is up to you, it certainly adds to the mystery of sake.

Sake Day in Japan and Abroad

These days, sake day has evolved from a small event only known to the sake industry into a day for people to come together and celebrate both in and outside of Japan. Of course, the majority of events are held in Japan, for obvious reasons, and they have become highlights in many people’s social calendars.

In Japan, they come in all shapes and sizes and take place at breweries, sake shops, and bars. They are easy to find with their announcements generally being made as far as one or two months in advance. To make things even easier, many breweries and sake makers associations will share the details online, so make sure to visit their websites for all the information. Other events are organized by local restaurants and bars as well as the Japanese Sake and Shochu Information Center, all great places to mingle with some fellow sake enthusiasts and a great way to spend your day.

Furthermore, virtual sake kampai events such as the ‘Kampai with Sake Week’ have become extremely popular over the past years and have turned Sake Day into a global event. They are a brilliant opportunity to celebrate if you are not in Japan or to connect with people from all over the world. A great way to find out about them is via social media with many events listed to sign up for free. All that is left to do is to prepare your favorite bottle of sake and be ready for that all-important kampai.

Sake Day is a great event to enjoy sake. It brings people together and helps the industry share what they do and who they are, with many breweries opening their doors to the public. A rare opportunity to get a look behind the scenes.

Whatever the reason why the 1st of October was chosen to be Sake Day, make sure to mark it on your calendar, find an event, and/or prepare some sake. As Sake Day is a fun way to celebrate everything great about it. It is a day to appreciate the people who make it and their communities. A day to come together, both in real life and virtually, and raise a toast to an industry and a beverage that plays a huge part in Japanese culture.

So whether you find yourself at an official event, gathering of friends, in a virtual group, or even by yourself, make sure to raise a glass and kampai this coming sake day on the 1st of October!