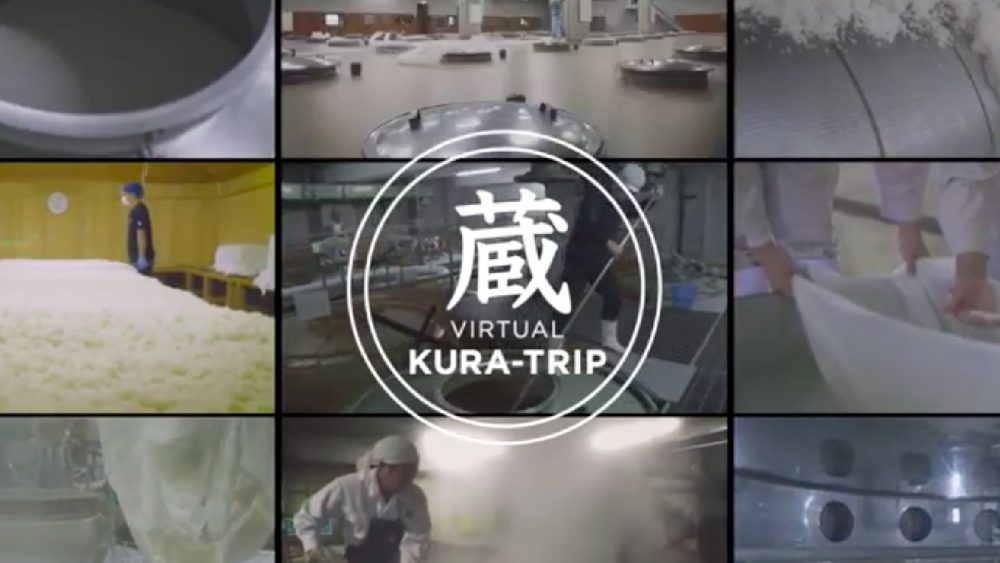 Most people only enjoy sake at Japanese restaurants, unaware of its origins and pairing potential. Like wine, sake makers, working in traditional warehouses called kura, use local and regional influences to make their product unique. Even specific classes of sake differ based on their kura, much like how a Chardonnay from France contains distinct elements not found in a Chardonnay from California. One of the most popular sake today is ‘ginjo’ sake, particularly ‘junmai ginjo’ sake.

For those who want to learn more, the Japan Food Product Overseas Promotion Center (JFOODO) has created a series of online brewery tours called ‘Virtual Kura Trip’. Through these tours, you can enjoy visiting a sake brewery from the comfort of your home!

In this feature, we have picked 3 sake breweries, the Gekkeikan Sake Company, Kikusui Sake, and the Nanbu Bijin brewery. Here’s a quick overview with an introduction to the breweries, their sake brewing process, and the characteristics of junmai ginjo sake.

When making sake, brewers first wash the rice, soak it in water, and cook it in steam. The majority of rice becomes the base for fermentation. However, brewers use a small portion of the steamed rice to make koji, a fermentation starter containing a specific strain of mold. Next, fermentation starts by introducing koji, water, and steamed rice to the yeast starter liquid, shubo. The resulting mixture, called moromi, undergoes parallel fermentation for a few weeks. After fermenting, brewers press the moromi to separate and remove sake lees from the newly created sake. Finally, after pasteurization and bottling, sake is then ready for consumption.

Established in 1902, Nanbu Bijin brewery still operates in the small city of Ninohe, Iwate. The area’s unique characteristics fuel sake production, with abundant local gin-otome rice and Iwate water. According to guide Yuzo Kuji, Nanbu Bijin’s main goal is to create sake that conveys its goodness in the first sip. The Tokubetsu Junmai sake has the widest range of flavor of all Nanbu Bijin products. After pressing, the brewers immediately bottle the sake to preserve the brewery’s characteristic freshness.

The Characteristics of Junmai Ginjo Sake

The category of Junmai sake refers to sake brewed without an alcohol additive to speed up the fermentation process. Ginjo sake uses rice polished down 40% with 60% of the kernel remaining. Therefore, compared to regular futsushu sake, Junmai sake has a bold, umami flavor. The strong body and taste come from the large amount of amino acids born from the production process. Therefore, the high acidity levels give Junmai sake depth and complexity. The heat deepens the flavor, bringing out delicate amino acids. According to experts, gently-heated Junmai contains the best flavor.

A Brief Tasting and Pairing Guide

To experience the full taste profile of Junmai Ginjo sake, first, take a small sip. Next, let the sip spread throughout your mouth and coat your tongue. Then, aerate the sake by breathing in through your nose to spread the aroma. Finally, swallow the sip and aerate again to accentuate the aftertaste. The strong umami notes of Junmai sake pairs well with other umami-laden cuisines. Try some by pairing seafood or shellfish cooked in olive oil and herbs.

In conclusion, the potential of sake extends far beyond Japanese restaurants. With complex flavor profiles and an array of distinct classes, sake is now popular as a dining-paired drink like wine. In addition, with over 1,000 kura to choose from, there are plenty of opportunities to drink more sake.