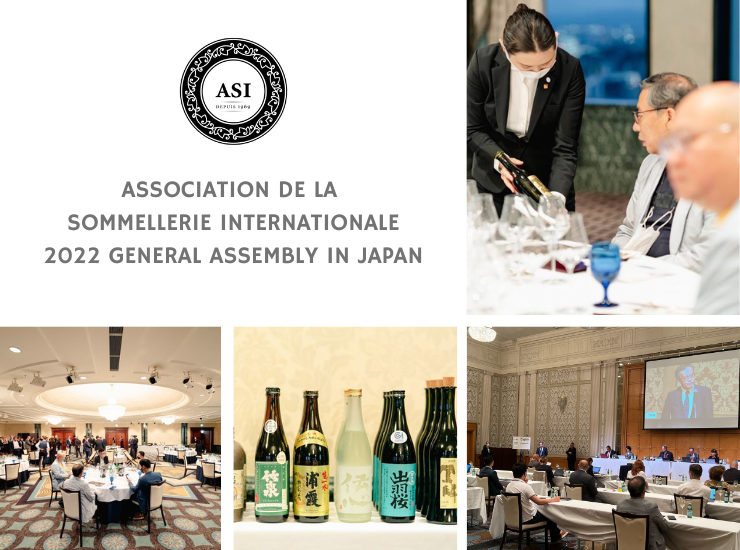 Following the formation of an official partnership with the Association de la Sommellerie Internationale (ASI) in May this year, the Japan Sake and Shochu Makers Association (JSS) was invited to the ASI general assembly held at the “Nagoya Marriott Associa Hotel” in Japan on July 5th and 6th.

In the following days, ASI members were invited to a two-day excursion, organized by Mie Sake Brewers Association on July 7 and 8. The excursion provided participants with the opportunity to tour sake breweries in Mie Prefecture, visit the Ise Grand Shrine that has historical links to sake, and explore the rich history and techniques used to make dashi soup stock at katsuobushi (bonito flake) production plants.

On the evening of July 7th, a sake tasting and discussion event with the eight affiliated breweries of the Mie Sake Brewers Association and the International Sake Conference in Mie was held at the Shima Kanko Hotel. This hotel is particularly famous as it attracted worldwide attention in 2016 as the venue for the G7 ISE-SHIMA SUMMIT. A panel discussion led by six panelists including ASI Chairman Wouters covered topics such as the future potential of Japanese sake and the international initiatives being planned by JSS. Representatives from sommelier associations around the world provided a broad range of ideas and opinions on how sake could be paired with various styles of cuisines, with many expressing that they would like to try sake with their own country’s culinary specialties.

The reception also featured an eight-course meal fusing French cuisine with dashi-inspired flavors and paired with eight local brands of sake, in an ensemble featuring Mie’s three local specialties – ingredients, dashi, and sake. This level of hospitality proved to be a source of amazement and inspiration for the leading international sommeliers who had the chance to savor the flavors provided.

In the future, JSS will continue to coordinate efforts with ASI by providing sake tasting and seminars at events organized by ASI.