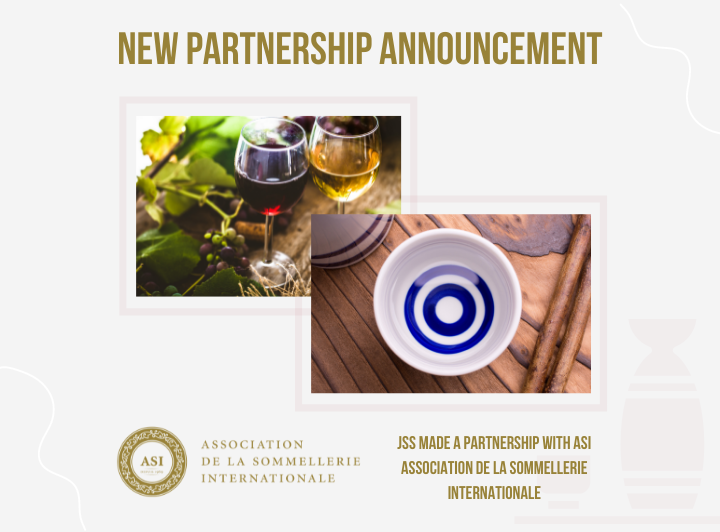 The Japan Sake and Shochu Makers Association is excited to announce the formation of an official partnership with the Association de la Sommellerie Internationale (ASI). In response to the increasing recognition of sake in major cities around the world, this partnership aims to support the further broadening of knowledge and understanding of the diverse uses of sake to sommeliers in global gastronomy communities. This is the first time that an organization from the Japanese sake industry has entered into a partnership with ASI, which unites sommelier associations in 60 countries around the world.

ASI was formed in June 1969 in Reims, France, to develop sommeliers’ skills and educate consumers about wine and spirit worldwide. Currently headquartered in Paris, ASI is affiliated with sommelier associations in 60 countries around the world, including countries in Europe, Asia, North and South America, and Japan. ASI activities include providing channels of communication among sommeliers and conducting professional training through textbooks and seminars. In addition, ASI organizes international sommelier competitions and other events for sommeliers around the world to continue their development and have opportunities to participate in activities beyond their own country’s borders.

We hope that this partnership will create the base to build a network with sommeliers active on a global scale who influence gastronomy communities and will provide more opportunities for the promotion of the diversity of sake-food pairings that go beyond the boundaries of “Japanese cuisine” as well as the Japanese culture, history, and sake brewing techniques behind it.

By enhancing the knowledge and skills of all stakeholders in each other’s industries, both parties are looking forward to further being able to promote the appeal and diversity of wine and sake, in hopes of providing consumers worldwide with new gastronomic experiences in the future.