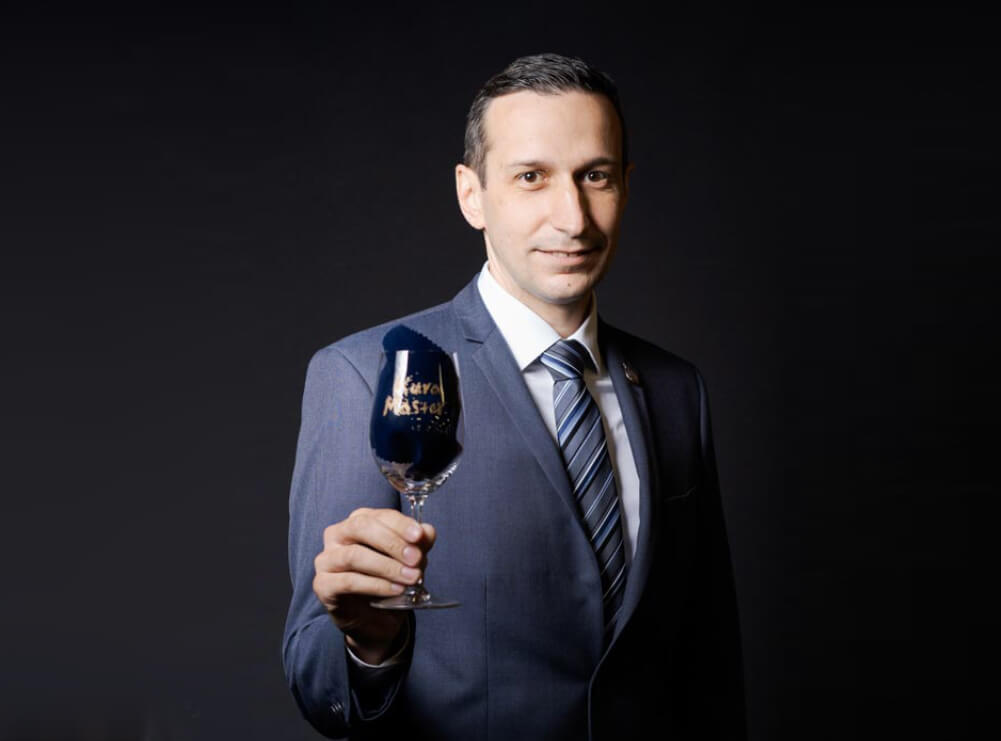 My first encounter with sake happened when I worked at the Peninsula Paris. While struggling to search for beverages to pair with Cantonese cuisine for its restaurant, I came across someone who imported sake to France. Until then, I did not understand what sake really was. Fortunately, he explained it in a way that I found easy to grasp as he took me through the world of sake. He told me that sake was made like beer, yet served like wine. Since both beer and wine were familiar to me, this explanation made a lot of sense. The way sake paired with Cantonese cuisine fascinated me and, subsequently, I fell in love with the drink.

I received a very positive response serving sake at Peninsula, so I wanted my fellow sommeliers to learn more about sake and help promote it in France. Sake has a lot of potential for many reasons, but its versatility is definitely a notable one. It pairs well with a range of food, including dishes with acidity and bitterness, and egg dishes, which are all often challenging to pair with wine.

In 2017, I organized our first Kura Master, an annual sake competition in France. We invite top sommeliers, barmen, restaurant staff, and culinary professionals as judges from across France and Europe.

One unique feature of Kura Master that differentiates us from sake competitions in Japan is that we evaluate how well sake pairs with food in addition to its technical quality. This is how wine is traditionally assessed in France. Like wine, sake is usually served with food, so it seemed natural for us to reflect its compatibility with food in our final judgement. The result was interesting and strikingly different from the results of Japanese competitions. Some top prizes at Kura Master went to sake made from rice without heavy polishing. Their full-bodied flavors, while not always appreciated in Japanese competitions, were rated positively as they pair well with rich French cuisine.

Kura Master also provides an opportunity for the judges to learn about sake. Through the competition, they get to know many breweries and their products, eventually leading to higher imports of sake into France. In order to further educate these top-level professionals, we also organize learning trips to Japan to visit breweries and host a number of lectures. Now, after 6 years, the judges know much more about sake and what to look for in the drink. They evaluate sake so much faster than they did in the first year!

In 2017, I also started working at Hôtel de Crillon, which is a very traditional French institution. Suggesting sake to pair with French cuisine for our guests was a new challenge for me. My approach to serving this somewhat unexpected drink is to offer a whole new experience for the guest. Since there are some differences in how people appreciate wine and sake, I try to guide them through how to enjoy it first. For example, many praise wine with long-lasting flavors, but this is not necessarily the case for sake. As such, I teach this to my guests before they try it.

When the guests start trying these new pairings, they can compare them with wine. For example, many of my guests were pleasantly surprised by how well sake paired with oysters, which are usually paired with white wine. By providing something to learn, I find people are more open to trying something new. I change my sake list every two weeks, so some of my guests come regularly to try new sake and pairings.

I believe solving two issues will open up a lot of potential for the sake market in France: the price and the label. Firstly, the price of sake doubles or triples due to shipping and taxes by the time it gets to France. For one bottle of sake, people can buy a couple of very good bottles of wine here. By making prices slightly more affordable, like some Champagne producers did in the past, many more people can enjoy sake.

Secondly, many bottles lack basic details in French or English. Even if people have an interest in sake, they must start by studying the Japanese writing to decode the label. A friend of mine once saw “60%” on the label and asked me if sake was that strong. In reality, he mistook the rice polish rate for the alcohol content because it was only written in Japanese. These will not be easy problems to deal with, but they are not impossible either. When considering all of the opportunities waiting on the other side, they are definitely worthwhile solutions to work toward.

Xavier Thuizat was born in Beaune, Burgundy in 1985. He trained as a sommelier at Le Meurice, Pierre Gagnaire and Bernard Loiseau. He later created the Peninsula Paris cellar after its renewal and became the head sommelier of the restaurant. In 2017, Xavier became the head sommelier of the Hôtel de Crillon, a palace that welcomes some of the highest French personalities. His encounter with Japanese sake in 2014 was “love at first sight” and opened up a new horizon of culinary pairings for him. Following his discovery of Japanese sake, he traveled across Japan and visited producers to study the drink.