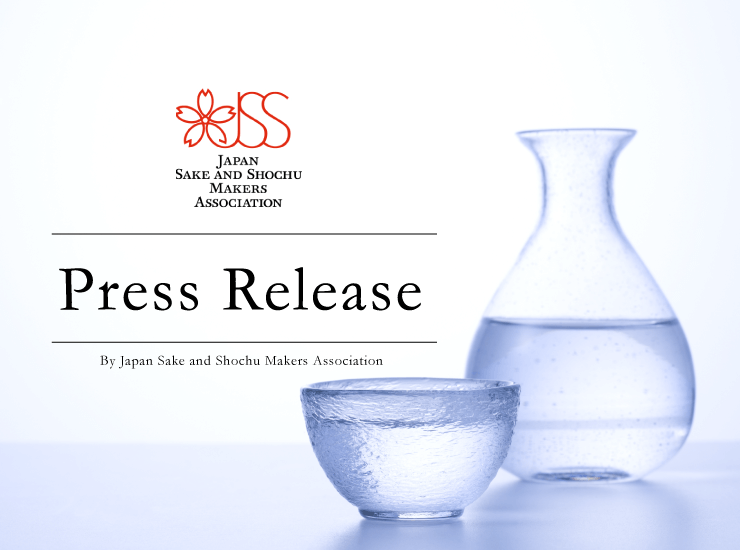 This biannual competition was created by the French Sommelier Association in 1961 and is one of the largest beverage industry events that strive to find the best sommeliers in all of France. This particular competition marks the 31st event and, out of 70 entrants, only 3 were selected to participate in the finals.

For this year’s final round, the sake that was used was a 300ml bottle of Shirakawago semi-nigori junmai-ginjo sake from Gifu prefecture. The finalists were thoroughly tested on their knowledge of Japanese sake. For example, the requirement of inverting the sake bottle to uniform the flavor as one characteristic of nigori sake is the sediment gathers at the bottom of the bottle. Also, by choosing a 300ml bottle, an irregular size for a bottle of wine, finalists were tested on how well they could equally serve portions to all 7 judges.

In order to help promote sake in the French wine market, JSS and the French Sommelier Association formed a partnership in 2020 and carried out promotional campaigns to increase the awareness of Japanese sake together.

For the news of Japanese sake being used at the final round, the Japan Sake and Shochu Makers Association gave the following comment:

“Until today, we did not know what was going to be used for the final round of this competition. After hearing that the round would be using not just sake in general, but nigori sake in particular, we were quite surprised. We at JSS are ecstatic to see just how much attention sake has garnered among French sommeliers. We believe that sake has more to contribute to global food culture and look forward to deepening this partnership in the future.”

Established in 1969, the Union de la Sommellerie Française brings together sommeliers (1400 members in 2020) from 21 regional associations. It aims to showcase French gastronomy via the excellence of the sommelier. The Union de la Sommellerie Française thus supports training, facilitates access to the sommelier profession, and nurtures bonds between sommeliers and the other trades in the restaurant industry. It also provides consumer feedback to help producers, and last but not least puts sommeliers in the spotlight by organizing high-profile official contests, including the Best Sommelier of France contest, the Best Young Sommelier of France contest, “Un des Meilleurs Ouvriers de France”, Sommelier category.